The German national anthem is known and referred to as The “Deutschlandlied” (English: “Song of Germany”). It has been the official nathional anthem since 1922. Since World War II and the fall of Nazi Germany, only the third stanza has been used as the national anthem. The stanza’s beginning, “Einigkeit und Recht und Freiheit” (“Unity and Justice and Freedom”) is considered the unofficial national motto of Germany. It is inscribed on modern German Army belt buckles and the rims of some German coins.

The music is the hymn “Gott erhalte Franz den Kaiser“, written in 1797 by the Austrian composer Joseph Haydn as an anthem for the birthday of Francis II, Emperor of the Holy Roman Empire and later of Austria. In 1841, the German linguist and poet Hoffmann von Fallersleben wrote the lyrics of “Das Lied der Deutschen” as a new text for that music, counterposing the national unification of Germany to the eulogy of a monarch, lyrics that were considered revolutionary at the time. Along with the flag of Germany, which first appeared in its essentially “modern” form in 1778; it was one of the symbols of the March Revolution of 1848.

The German National anthem is a 3 stanza song written and sung in German language. However, we will write out that and give you the English translation.

Now you have the German National Anthem: Lyrics And Video Download. You can now download and sing along with them the next time you hear them sing. Of course, who wouldn’t want that? 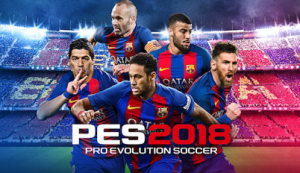