The Federal Government has announced yesterday that 2016 Nigerian Immigration Re-Screening Recruits of 2,000 would commence from August 29, 2016. Adding that this re-screening of 2,000 recruits of the Nigeria Immigration Service NIS are those who were “dispersed” after being trained and issued employment letters in February last year (2015).

The Comptroller-General of the Service, Muhammad Babandede, said this in a statement signed by Ekpedeme King, the NIS spokesperson.

Babandede said the Federal Government had approved the review of the lingering case and the re-screening of those affected.

Part of the statement reads;

“The Nigeria Immigration Service (NIS) wishes to inform the 2000 applicants for employment into the Service who were irregularly issued letters of employment in February, 2015 that the Federal Government has approved the review of the case.

“Following an emergency meeting of the Civil Defence, Fire, Immigration, and Prisons Services Board (CDFIPB) on the 11th of August 2016, the following guidelines were issued for the screening of the applicants:

“Consequent on the above, applicants whose names are listed in the NIS website: www.immigration.gov.ng are requested to report to the NIS Headquarters Abuja with their;

Please note that the submission/presentation of this documents most be in batches according to the time-table”.

By the schedule, Assistant Superintendent of Immigration II, ASI2 (CONPASS 08) from all the states between Abia and Jigawa in alphabetical order would take their turn on August 29 while those that fall between Kaduna and Zamfara states would have theirs on August 30.

For Assistant Inspectors of Immigration, AII (CONPASS 06) those from Abia to Jigawa state would sit for the screening on August 31 while those from Kaduna to Zamfara would have theirs on September 1.

For Immigration Assistants IA1 – IA3 (CONPASS 3,4,5), those from Abia to Edo states would be screened on September 2, Ekiti to Kwara, September 3 and Lagos to Zamfara, September 4.

The general public should please note that the exercise is not a call for fresh recruitment. Therefore, no application for recruitment should be forwarded to the NIS”, the service warned. 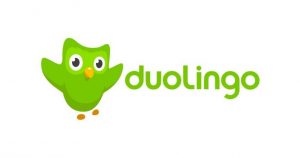