According to the the information gathered, the policeman by name told an Agege Grade ‘A’ Customary Court that he saw a bag full of fetish substances in the wardrobe of his wife, Mrs. Risikat Egbedokun who has been disturbing him.

The story started this way that; the policeman said that One day, as he went into her wife’s wardrobe and He saw a bag full of fetish substances. And when He asked her who owned them, she begged him not to tell anybody.

He also said that since that day the love he has for her died. The wife, Mrs Folorunso told the court that Risikat said that her mother procured the fetish items for her. He also said the wife always rained curses on him.

The husband therefore urged the court to dissolve the marriage, and grant him the custody of the children for proper care. In her defense, Risikat, who did not want to divorce her husband, said Folorunso deflowered her.

She also said that when ever her husband receives salary, he goes around the town drinking and by doing that he forgets his responsibility as the husband and father of children. She added that she still love the husband.

Meanwhile, the court president, Mr.  Shokunle, adjourned the case for further hearing and warned the couple to maintain the peace. 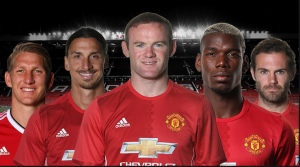 List Of All Manchester United Trophies From 2003 Till Date

How to Apply for Canada Visa & Application Form – Full Guide

How To Renew Nursing And Midwifery Council Of Nigeria License