Welcome to OnlinDailys.com Blog. Make Your Quick Search On The Search-Box Below

The search box (below) let you quickly find your desire topic(s) with ease.

Samsung is adding even more superlatives to its top-of-the line TV sets, readying a new lineup of “SUHD” TVs for 2015, the company revealed at its annual CES press conference today.

Samsung will offer three new series of SUHD TVs this year, in nine screen sizes, ranging from 48 inches to 88 inches. UHD stands for ultra high-definition, also known as 4K. The “S” part is a bit more nebulous: Samsung has said it is using the S for branding, the same way it uses “S” in its lineup of mobile products.

The new TVs will feature nano-crystal technology, and other things you’d need a degree in quantum optics to understand, but Samsung says all of this results in better contrast, brightness and color.

Some of the new TVs also have curved displays, despite the fact that the advantages of having a curved TV screen is still debatable. In fact, half of Samsung’s UHD TV sales are now curved TVs.

UHD TVs have made appearances at the International CES for the past few years now. As with the early days of HD TVs, the initial models were cost-prohibitive for average consumers, and there’s been a limited amount of 4K content for consumers to watch.

Here are the Image of the new Samsung Curved UHD TV: 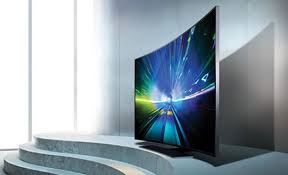 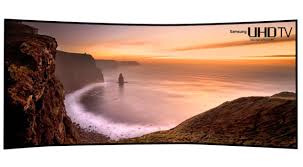 Samsung didn’t make any announcements around smartphones or tablets, but is likely saving its mobile-related news for the upcoming Mobile World Congress conference in February.

LG Electronics, a Korean competitor of Samsung’s, also said it would bring seven new 4K OLED TVs to market this year, ranging in display size from 55 to 77 inches; while Sony showed off a new 4K LED TV that is thinner than the company’s Xperia X3 smartphone.

Enter your name and email address below to start receiving free updates whenever we post contents that interest you.

SEIFAC is an acronym for Smallholder Economic Interest Farmers Agricultural Cooperative. Find all you need to know about SEIFAC/CBN Anchor Borrowers Programme

Apply for an online admission to further your masters and PhD programs. Learn all steps to apply for Western Governors University admission

STOP! Before you go signing up to hire or get hire – check out the newest Nigeria’s Freelance Sites & Marketplace if you’re from African

Complete steps to apply for Nigeria Youth Investment Fund on your own… Monitor your NYIF application till you’ve been selected. Learn more

You manage business(s), its time to get more rightfully audience to your business. Use the steps below to Create a LinkedIn Company page now

See how you can complete the new YooMoney (Yandex) Wallet account registration, get account upgraded, and apply for unlimited Virtual Cards..