From our research we have been able to find out that MOST Richest Celebrities, do live a luxurious life, buying expensive things like houses, cars …,  showing them off, being recognized when they are out with their peers, but the other way round there are still some rich celebrities who have chosen to live a simple lifestyle.

The fantastic point about this list is that each of this CELEBRITIES Today really comes from a different background. Not all of them are just born into money, which is the case for a lot of people today.

That is why you are likely to get chocked when you go through this top 10 Philippines Richest Celebrities. Usually, there are so many richest celebrities in the Philippines, but thus few once are topping the table

Manny Pacquiao, also known as Pac Man is a world’s most renowned boxers, as a matter of fact even people who don’t follow the sport recognize him. He has got a New Worth of Peso 9 Billion. He is the Number ONE on the list of richest celebrities in the Philippines currently. But analysis had it that in 2017 – 2018 Manny Pacquiao will likely remain the #1 richest and popular Philippines celebrities.

Pac Man was born in 1978, throughout his childhood he was a pretty serious boxer. At the time he was only 16 and weighed just shy of 100 pounds but that didn’t stop him from entering the ring. The last fight he had with Floyd Mayweather also help to increase is celebrity profile, although the loss to him. But it was a World boxing competition and remarkable to remember all the time.

So far just as the history may have it,  Sharon Gamboa Cuneta-Pangilinan is the richest woman in Philippine. Why she is been rated the second riches celebrity in her country (Philippine), with a Net Worth of Philippine peso 1 Billion.

Sharon was born in 1966 to parents Pablo Cuneta and Elaine Gamboa. She has been a singer right from har small age.

At the age of nine, she began getting roles in films and even had offers from music producers to record albums, although the initial songs she began singing weren’t very popular. It wasn’t until her song Mr D.J. was released in 1978 that she would get any sort of recognition. Although she was only twelve years old at the time, the song would become an instant success and even landed her a role in a television show called C.U.T.E. (Call Us Two for Entertainment).

To date, she has starred in over 50 movies, recorded 40 albums and has been the host of a whopping 10 television shows, many of which have went on for years at a time.

Willie Revillame was born in July of the year 1961, Willie’s career began in the early ‘80s when he and his friend Randy Santiago began co-hosting the show Lunch Date together on GMA Network.  After six years of hosting the successful show, Willie would begin to appear in movies. So far he has a recorded net worth of Philippine peso 600 Million.

Outside of his television performances, Willie makes money from his many business avenues, which is where he has acquired the majority of his vast wealth. He owns a restaurant called Wil Steak Town, a bar called W Bar and he even has his own mall called Wil Tower Mall.

He is obviously an intelligent business man to know that naming buildings and shows after yourself is a great way to get people to remember your name.

Vilma Santos aka Ate Vi is an actress, dancer, singer and politician who resides in the province of Batangas, Philippines. She began her acting career when she was 13 years of age when she auditioned for a role in the film Trudis Liit.

She has gone on to star in dozens of other films throughout her career and has won nearly 100 awards over the span of the past four decades. From the recent record, her net worth has reached Philippine peso 500 Million.

After serving as mayor for Lipa City for a number of terms, Vilma would end up being elected governor of Batangas and she would move into the office in May of 2007. Since 2007 she has remained governor and is currently in her final term. Her husband is currently a Senator so being a politician clearly runs in the family.

When was talking about people who were not born rich, but later became what they had wanted in life, Ricardo Enriquez Reyes Jr is just an example of it.

He is a Filipino hairdresser, philanthropist and businessman. He is the owner of Ricky Reyes chain of salons and host of television programme “Gandang Ricky Reyes”. So far he has a total Net Worth of Philippine peso 200 Million.
Ricardo Enriquez Reyes Jr also known as Mother Ricky was born in April on the year 1950. She owns so mary large beauty parlours all around the Philippines. But before now he first started his career when he was sixteen years old and did whatever he could to make money; mainly sweeping floors and cleaning up after people.

Marvic Castelo Sotto, known as Vic Sotto, is a Filipino actor, television show host, comedian, and film producer who worked for the three major TV stations GMA Network, TV5 and ABS-CBN. So far he is rated as one of the richest comedy artists in the Philippines, with a net worth of peso 150 Million. He began learning how to play the guitar at a young age and would listen to his parents’ records. He received an education at Colegio de San Juan Letran and went on to continue playing music. He ended up starting a disco-funk band called VST & Company with a few of his friends.

They performed all around the Manila area, writing some of the most popular songs around the area from his time. He then went on to form a comedy trio with his brother Tito and another person they met named Joey de Leon. The three called themselves TVJ which stands for both their first initials and TeleVision Jesters. The three saw enormous success with their comedy tours and went on to appear on some of the most popular television networks in the Philippians.

Kris Bernadette Conjuangco Aquino is highly regarded as “Queen of all Media”, because she is one of the most popular television hosts in Philippian’s history. was born in 1971 to Corazon Aquino and Benigno Aquino Jr., who at the time was a Senator.

Actually, Kris Aquino was born rich, this means that are riches was right from birth. So far for the record gathered Kris’s Net Worth is Philippine peso 120 Million.

But a time came when Kris’ career began to shift towards film. She appeared in a number of blockbuster hits, including Pido Dida and The Fatima Buen Story. She received an insane amount of praise and media attention from these roles and even earned a new nickname called “Massacre Queen”.

Lucy Marie Torres y Martinez is also a Filipina actress and model. She was born in 1974 to parents Manuel Torres Jr. and Julie Martinez. She is a graduate of University of the Philippines Cebu, where she ended up graduating with a degree in Business Management.

Right now are net worth is Philippine peso 100 Million, as She continued modelling as a side career, being involved with the clothing brands Bench and Kashieca.

Ramón Bong Revilla Jr. was born in 1966, is a Filipino actor, television presenter, politician, and Senator of Philippines. In 2009, he legally changed his surname to Bong Revilla. Revilla was first elected to the Senate in 2004, succeeding his father. Currently recording a net worth of peso 100 Million.

Although he has been involved in a lot of controversies, Bong is still involved in politics and is a front-runner for the 2016 Philippians presidential campaign.

Jose Marie Borja Viceral, aka Vice Ganda, is an actor, comedian, singer and television host, with a net worth of Philippine peso 75 Million.

So far you can see that you most not be in a particular business or organization before you can become a RICH person. Try your best to sell your self to the world – by showcasing or offering what you do best. And the world is ready to welcome you to it and in return give you what you ever wanted like; Cash, Famous, Popular Celebrity, VIP person, etc.

Use the comment box and tell us who is your favourite celebrities among all this listed above?? 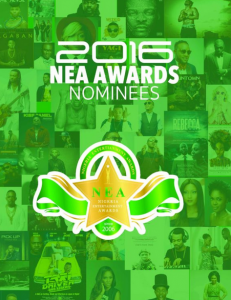 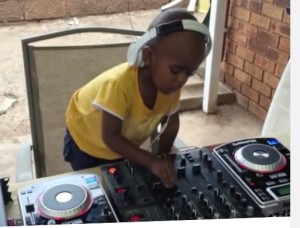 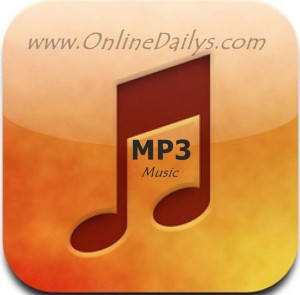