Who are the most popular Nigerian gospel artistes? This has been a very common questions amongst most Nigerians. Of course, we know that Nigeria is blessed with talented and skilled gospel artistes who are known, not just in Nigeria but also beyond the shores of the country. So, asking to know the most famous Nigerian gospel singers is a bit of hardwork, but not impossible.

We have also seen people list the most richest Nigerian gospel artistes. However, that is not our focus. Our main priority is to find out the most popular gospel artistes in Nigeria today. Who are those that have made a name for themselves in the gospel music sub sector? We will find out below here immediately.

Here, we will list the 20 most popular gospel artistes in Nigeria for you. Read on. please note that this list is not organised in any particular order.

First on the list of the Popular Nigerian Gospel Artistes is Osinachi. Osinachi Joseph formerly Kalu is popularly known as Sinachi. She is a Nigerian Gospel music singer, songwriter, and senior worship leader at Believers’ Loveworld International. She is known globally for several gospel hits songs which include, “Way Maker”, “I Know Who I Am”, “Great Are You Lord”, “Rejoice”, “He Did It Again”, “Precious Jesus”, “The Name of Jesus”, “This Is my Season”, “Awesome God”, “For This”, “I Stand Amazed”, “Simply Devoted” and “Jesus is Alive”.

Frank Edwards (AKA Richboy) (born July 22, 1990) is a Nigerian gospel singer, songwriter, Multi-instrumentalist, music producer and philanthropist. His Gospel/Inspirational music brilliantly cuts across different genres including Classical, Rock, Hip Hop/Rap, Afro Pop, Electronic. He is best known for all-time hits like You Too Dey Bless Me, Omemma, Mma Mma, Oghene Doh, I See Him, Ebube and more. He is the founder and owner of the record label Rocktown Records.

Chinyere Udoma (born: 1976 ) is a gospel singer from southeastern Nigeria. She has been on top in her career for over a decade and performs both locally and abroad. Chinyere graduated from UNN and still have a blossom career ahead. She is one of the most popular Nigerian gospel artistes. She is also called Big Mother and Sister Chi. Chinyere is releasing her songs, cooperating with other artists and at the same time she is known as philanthropist. She was born in Ibadan and started her career in music while studying at school.

Lara George was born into the family of Oluwole Bajomo in Lagos State, the administrative division of Nigeria. She attended Queen’s College, Lagos before proceeding to the University of Lagos, where she obtained a bachelor’s degree in Architecture. George began her music career at the University of Lagos, where she joined the campus fellowship choir. She was a member of the disbanded musical group Kush, which included TY Bello, Dapo Torimiro and Emem Ema. Her debut album, titled Forever In My Heart, included the hit single “Ijoba Orun” which was released in 2008. The album earned her several awards and nominations.

Bakulipanam Percy Paul Mokungah, widely known by his stage name Panam Percy Paul, is a Nigerian gospel singer, songwriter and multi-instrumentalist whose musical career spans 40 years. He was born to major Paul Harley, an officer in the Nigerian Army, and composer Paulina Paul Mokungah in 1957. Both of his parents are of the Lutheran Church. Paul’s kind of music is praise and worship styled in the feel of country music and African high life.

Yinka Ayefele, MON, is a Nigerian music producer and gospel singer.  Ayefele was born in Ekiti State south-western Nigeria and hails from Ipoti, a city in Ekiti State southwestern Nigeria. He had attended Our Saviours Anglican Primary School in Ipoti-Ekiti for his primary and secondary education before he later proceeded to Ondo State College of Arts and Science in Ikare Akoko, Ondo State, Nigeria. Ayefele worked briefly as journalist and broadcaster at the Federal Radio Corporation of Nigeria, Ibadan, where he also produced jingles and musical works on radio. He began his music career in 1997 after he was involved in an automobile accident which damaged his spinal cord and confined him to a wheelchair.

Sammie Okposo is an exceptional music producer, Psalmist, Entertainment Consultant and CEO of Zamar Entertainment. Born in the late sixties, Gospel Artiste Sammie Okposo hails from Delta State, Nigeria. He started as a producer in 1995 when he joined the Nigerian Movie Industry as a Sound Track Producer and later ventured into Music Producing. Today, he is credited for producing hits for some of the biggest names in the Nigerian Music Scene.

Tope Alabi, also known as Ore ti o common, and as Agbo Jesu (born 27 October 1970), is a Nigerian gospel singer, film music composer and actress. Alabi was formerly a member of the Jesters International comedy group. She later worked with other popular traveling and stage theater groups in both Ibadan and Lagos. She made films in the Yoruba film genre of Nigeria. Alabi later metamorphosed into gospel music after she became a born-again Christian

Eben’s actual name is Emmanuel Benjamin. The famous gospel star was born in Lagos State. He is from a Christian family. Eben is fifth of 6 children in very religious family. He was once a rapper before he switched to gospel music. His debut as a gospel singer was in 1997 at the choir of Winners Chapel. Then he became a participant of Christ Embassy. Before fame, Eben was a background vocalist.

Nathaniel Bassey was born in Lagos, Nigeria. He is from Ikot Ofon Ikono, Uyo local government area in Akwa-Ibom state, South-South Nigeria. His father, Mr E Joshua Bassey, was a minister in The Apostolic Church Bashua Assembly and from an early age he developed a love for both music and the gospel. He was inspired when He saw Dr Panam Percy Paul, a prominent Nigerian gospel music icon in concert over twenty years ago and since then, His passion for music has grown and translated into various musical experiences. In his early years, he developed a rather uncommon interest for jazz music and began listening, imitating and playing to the music of Louis Armstrong, Miles Davies, Clifford Brown, Charlie Parker, Stan Getz and Kirk Whalum, Phil Driscoll, Hugh Masakela and other Jazz luminaries.

Also See: Top Ten Fuji Musicians In Nigeria And Their Investment Worth

The other thing of the most popular gospel artistes in Nigeria include:

Is there any name you think we excluded from this list of the Most Popular Nigerian Gospel Artistes? Kindly use the comment box and inform us now. 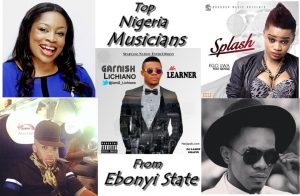 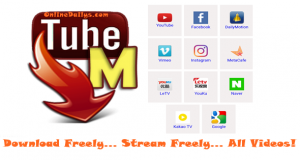 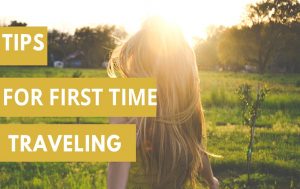