Top 5 Ebonyi State Musicians In Nigeria– Ebonyi is a state in southeastern Nigeria. It is inhabited and populated primarily by the Igbo. Its capital and largest city is Abakaliki. Other major towns include Afikpo, Onueke, Edda, Onicha, etc. It was one of the six states created in 1996 by the then federal military government. The State of Ebonyi was created from parts of both Enugu State and Abia State, which in turn were initially constituents of the old Anambra and Imo States respectively.

Ebonyi State, one of the states that were being looked down upon years back, has been on the rise. The state has raised prominent sons and daughters that have made significant impact in Nigeria. Today we want to focus on the top 5 Ebonyi state musicians in Nigeria. These are people that have made mighty impacts in the music industries in Nigeria.

Popularly known as Sinach, Osinachi Joseph (Kalu), is a Nigerian Gospel music singer, songwriter, and senior worship leader at Believers’ Loveworld International (Christ Embassy). She is known globally for several gospel hits songs which include, ‘Way Maker’, ‘I Know Who I Am’, ‘Great Are you Lord’, ‘Rejoice’, ‘He did it Again’, ‘Precious Jesus’, ‘The Name of Jesus’, ‘This Is my Season’, ‘Awesome God’, ‘For This’, ‘I stand Amazed’ , ‘Simply Devoted’, ‘Jesus is Alive’ and many more.

Patoranking’s full name is Patrick Nnaemeka Okorie. He was born 27 May 1990. He is a Nigerian reggae-dancehall singer and songwriter. Also, he hails from Ebonyi State and was born and raised in Ijegun-Egba. Patoranking started his musical career doing underground collaborations with artists such as XProject, Konga, Slam and Reggie Rockstone. He signed a record deal with K-Solo’s Igberaga Records in 2010, releasing “Up in D Club” under the outfit. Patoranking became a protégé of Dem Mama Records after collaborating with Timaya on his song “Alubarika”. In February 2014, he signed a record deal with Foston Musik and released “Girlie O”, a single that put him in the limelight. On 9 February 2015, Patoranking announced via Instagram that he signed a distribution deal with VP Records.

Tekno, full name: Augustine Miles Kelechi was born December 17, 1992. He is a Nigerian singer-songwriter, producer, performer and dancer. Kelechi is from Ebonyi State. He was born in Bauchi State into a family of 5 boys and 1 girl. He grew up in several parts of the country including Nassarawa, Kaduna and Abuja due to the fact that his father was a member of the Nigerian Army. At the age of 8, Tekno Miles was enrolled in a music school where he learnt and mastered the rudiments of playing the piano and guitar.

Genevieve Ogbuewu  aka Splash, is a female Nigerian rapper. She hails from Ebonyi state and is a graduate of English Language from Ebonyi State university. Her music career took flight when she relocated to Lagos state. She is signed to August Pee Entertaiment.

Also See: Top 10 Fuji Musicians In Nigeria & Their Investment Worth

Franklin Munachimxo aka Garnish Lichiano is an indigene of Uburu in Ohaozara LGA of Ebonyi state. He is a rapper & a Rap singer.

These are the Top 5 Ebonyi State Musicians In Nigeria. Who did we omit? Your comments and contributions are welcomed. 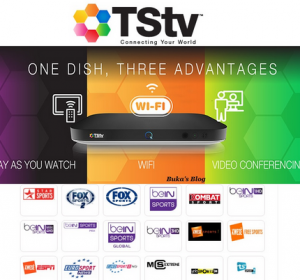 Top 6 Things You Must Know Before You Buy TSTV 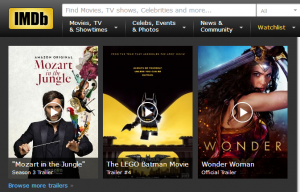 Fight Report between Davido and his baby-mama Sophia