Welcome to OnlinDailys.com Blog. Make Your Quick Search On The Search-Box Below

The search box (below) let you quickly find your desire topic(s) with ease.

Top Fiercest Football Derbies In the World – A football derby is a game between two rivals of close geographical proximity. So, when two different rivals who share close proximity meet in a football match, it is called a derby. Usually, the rivals has to be in the same city for it to be considered a derby match. Example of the most common derby matches include Liverpool vs Everton (Liverpool), Man City vs Man United (Manchester), Arsenal Vs Chelsea (London) etc.

A football derby is quite different from a football rivalry. A rivalry is a very intense competitive game between two rivals who are not necessarily in the close proximity. In this case, these teams may be the two strong competitors, or they have history or maybe, they have met many times such that the rivalry develops.

Most times, a rivalry can develop if the two teams are divided along economic and political rivalries. A huge example is Barcelona Vs Real Madrid. Another competitive rivalry that grew out of intense competition is Man United vs Liverpool. Other rivalries include Chelsea Vs Liverpool, Ac Milan vs Juventus etc. Let’s see the Top Fiercest Football Derbies In the World.

Let us look at the Top Fiercest Football Derbies In the World.

This game can simply be considered the most fierce and most dangerous derby game in world football. The Superclásico is known worldwide as one of the fiercest and most important derbies. In April 2004, the English newspaper The Observer put the Superclásico at the top of their list of “50 sporting things you must do before you die”, saying that “Derby day in Buenos Aires makes the Old Firm game look like a primary school kick-about“, in 2016 the British football magazine FourFourTwo considered it the “biggest derby in the world”, The Daily Telegraph ranked this match as the “biggest club rivalry in world football” in 2016, and the Daily Mirror placed it number 1 in The top 50 football derbies in the world, above El Clásico between FC Barcelonaand Real Madrid C.F., in 2017.

Also See: Most Expensive Football Players Of All Time 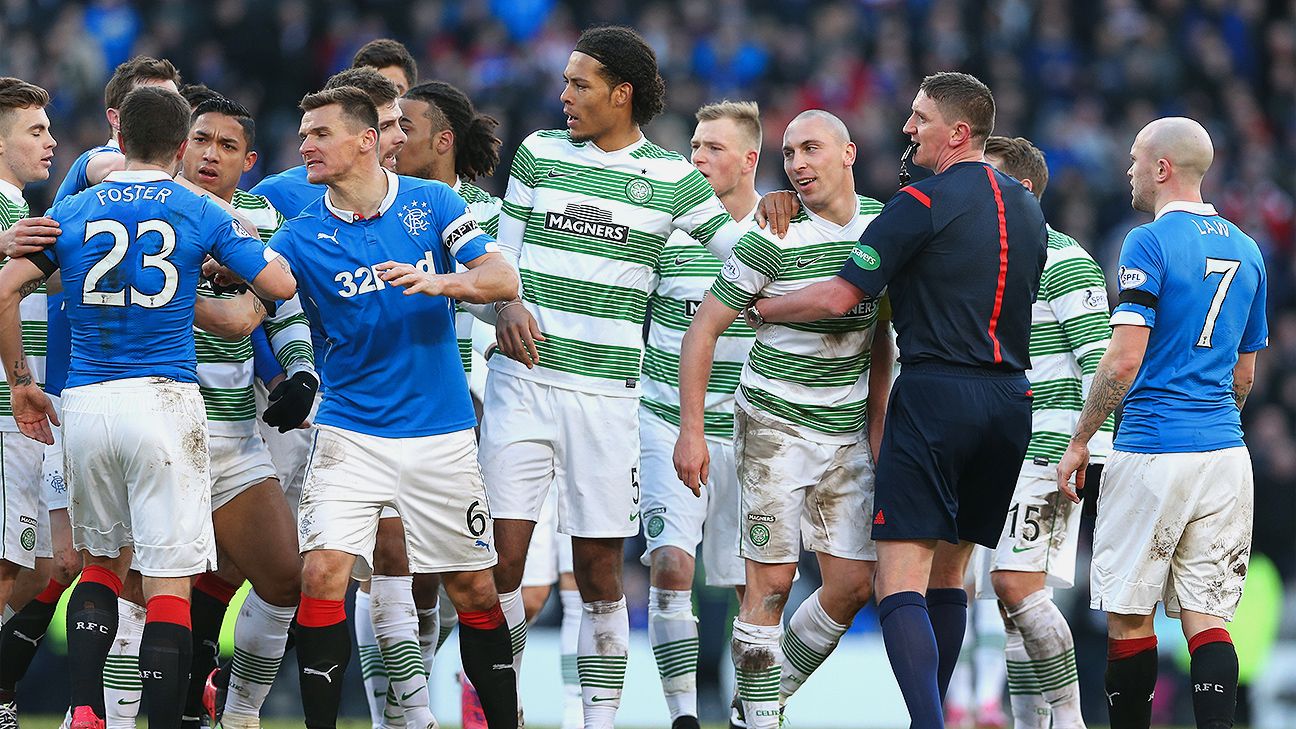 The ‘Old Firm’ is the perfect example of football interfering with politics. The outcome? Football fans all around the globe supporting one of the two teams frantically. The Old Firm is the collective name for the Scottish football clubs Celtic and Rangers, which are both based in Glasgow. The two clubs are by far the most successful and popular in Scotland, and the rivalry between them has become deeply embedded in Scottish culture. It has reflected, and contributed to, political, social, and religious division and sectarianism in Scotland. As a result, the fixture has had an enduring appeal around the world.

Celtic and Rangers have played each other 414 times in major competitions: Rangers have won 159 matches, Celtic 156 matches, and 99 ended in a draw

The Derby della Capitale (English: Derby of the capital city), also known as Derby Capitolino and Derby del Cupolone, as well as The Rome Derby in English and Derby di Roma in Italian, is the football local derby in Rome, Italy, between Roma and Lazio. It is considered to be the fiercest intra-city derby in the country ahead of the other major local derbies, Derby della Madonnina (Milan derby) and Derby della Mole (Turin derby), and one of the greatest and hotly contested derbies in Europe.

The two are Greece’s dominant sides, winning 64 of the 82 national league titles; there has been one other champions since 1994 – AEK Athens in 2017/18. Olympiakos have the upper hand with 44 titles to 20. This inequality doesn’t seem to have had a soothing effect on the derby, which now features no away fans but plenty of riot police, fireworks and quite often tear gas. In 2015 an Olympiakos player needed treatment after being struck by a flare; in 2012 the game was abandoned after Panathinaikos fans set fire to the seats and scoreboard (in their own stadium); and in 2007 a fan was stabbed to death before the two sides clashed – at women’s volleyball

The Intercontinental Derby  is the name given to any football match between Fenerbahçe SK and Galatasaray SK (two major Turkish teams from the Asian and the European parts of Istanbul, respectively.) It is also known as the Eternal Rivalry. It involves the two most successful clubs in Turkish football history. The fixture is more than a century in existence and has developed into one of the greatest, most intense and often bitter derbies in the world, traditionally attracting large attendances and nearly equal support for both teams throughout the country. In September 2009, British Daily Mail ranked the Fenerbahçe – Galatasaray derby second among the ten greatest football rivalries of all-time.

Enter your name and email address below to start receiving free updates whenever we post contents that interest you.

SEIFAC is an acronym for Smallholder Economic Interest Farmers Agricultural Cooperative. Find all you need to know about SEIFAC/CBN Anchor Borrowers Programme

Apply for an online admission to further your masters and PhD programs. Learn all steps to apply for Western Governors University admission

STOP! Before you go signing up to hire or get hire – check out the newest Nigeria’s Freelance Sites & Marketplace if you’re from African

Complete steps to apply for Nigeria Youth Investment Fund on your own… Monitor your NYIF application till you’ve been selected. Learn more

Completing the Google AdSense Payment is one of the last steps required to start earning money. Google provides several methods of payments with ease. Selecting and setting up payment is simple and fast. You're on this page because you monetize your contents (either...

Lots of businesses to do in Nigeria which require little capital with no effect of government policy affecting those businesses and Printing of Recharge card business is one of its kinds. You can imagine millions of people recharging on a daily bases, whether in the...

You manage business(s), its time to get more rightfully audience to your business. Use the steps below to Create a LinkedIn Company page now

See how you can complete the new YooMoney (Yandex) Wallet account registration, get account upgraded, and apply for unlimited Virtual Cards..